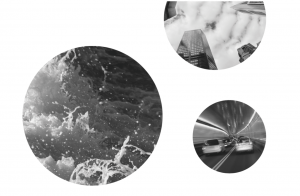 Expedition to the Arctic: COVID-19, polar bears and huge amounts of data

What do atmospheric scientists actually do?
Well, some of them travel to the Arctic! Like the expeditions hundred years ago, also the modern explorers face challenges and dangers, and experience amazing new things. 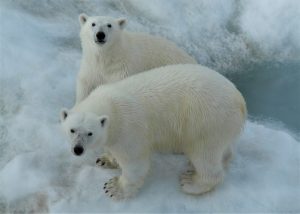 Photo by Tuija Jokinen: polar bears were frequently sited during the MOSAiC expedition.

A ship called Polarstern hosted an Arctic Climate expedition for a year. Measurements were conducted onboard and scientific instruments worth millions were installed on an ice floe. This Newsletter is a greeting from one of the heroes onboard, scientist Tiia Laurila, University of Helsinki, written on the return voyage.

To hear more stories by another Arctic explorer dr. Tuija Jokinen please tune in to the Airmodus webinar on the 9th of December either 07 UTC or 15 UTC (same stories in both) Register by email elina.miettinen (at) airmodus.com

Plans had to change on a short notice as the unforeseeable pandemic brought about travel restrictions in the middle of the MOSAiC (Multidisciplinary drifting Observatory for the Study of Arctic Climate) expedition. Instead of the planned six legs there will only be five. Legs 4 and 5 came to Polarstern after a two-week quarantine and many corona tests in Bremerhaven, Germany. For the rotation between legs 3 and 4 Polarstern left the ice floe to meet leg 4 in the open waters for the exchange. Leg 4 returned to the floe and stayed with it until it drifted south and eventually broke, just in time for the next rotation between legs 4 and 5. Leg 5 travelled north, crossing the north pole on the way, to find a new floe to call home for the final leg of the expedition.

The ship shakes and rolls as it breaks through the ice. In the measurement container up on the bow, this movement often feels like an earthquake. Everything in the container must be tightly secured in place, but the movement does no good for many of the instruments and they must be monitored carefully. Especially instruments like the PSM, using a working liquid that can easily end up in the wrong places, need extra care during the ice breaking phases of the expedition. Even with many trips through the ice the year has gone by with few major issues. Most of the instruments are still working and recording valuable data. However, the resources on board are limited so the true condition of the instruments will be revealed when they return home for final calibrations and after-expedition-maintenance.

On the 20th of September 2020, after a full year since the departure from Tromso, Polarstern left the ice floe to finally head back to her home port in Bremerhaven. During the days leading up to the departure the ice floe was busy as everyone was working together to take down the camp in just two days. Towers came down, instruments got packed, snowmobiles drove back and forth to bring everything back to the ship. Curious polar bears disturbed the work once in a while and weather conditions limited helicopter operations, but on the morning of the 20th -right on schedule- leg 5 was ready to say goodbye to the floe.

Even though the ship is now on its way home, there is more science to do! During the trip through the ice the on-board measurements, such as those in the INAR/EPFL/PSI container keep going. Progress through the ice so far has been good and there are plans for some measurement stations along the way if suitable ice floes come by. Crossing the ice edge is also an important and interesting event that many are eager to observe and measure. For now, the plan is to use the remaining travel time efficiently measuring the marginal ice zone and the ice edge carefully, but as always on such expedition -plans can change at any moment.