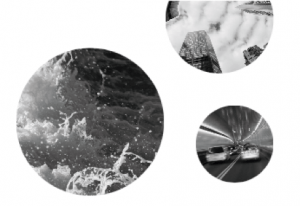 Manufacturing in a cleanroom environment does not mean no nanoparticles

Researchers from the University of Helsinki measured sub-2 nm particles in industrial cleanrooms during different manufacturing and operational processes. They observed concentrations 3-5 orders of magnitude higher than the limits set for 100 nm particles.

Lauri Ahonen, together with his colleagues from the University of Helsinki and Beneq Oy, measured number concentrations of 1.1 nm – 2500 nm aerosol particles in industrial production facilities. They used an nCNC system, and a CPC with a 7 nm cut-off. They studied a Class 6 Atomic Layer Deposition processing space, mainly used for manufacturing of thin film electroluminescent displays; a Class 5 Indium Tin Oxide -sputtering space (physical vapour deposition); and a Class 4 Lithography site.

For the measurements, the researchers calibrated the nCNC using three different metal chloride nano particles. This was done to minimize the possible effect of the particle composition on the defined activation size.

The part of the cleanroom standard addressing monitoring of air cleanliness by nanoscale particle concentration, is currently under development. This study shows that it is needed.

For more information on aerosol research at the University of Helsinki, please visit their website: Division of Atmospheric Sciences at the Department of Physics